Facebook moderation system banned my profile without reason. No any chance to understand why. The biggest company in the Web have the worst customer service in the World! 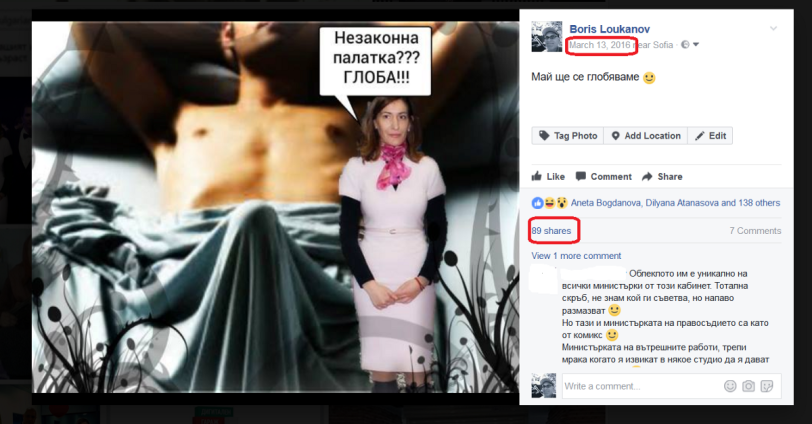 The caption is: “Illegal tent? There will be penalty!” I posted it in Facebook comment a couple of days ago.

The automatic message from Facebook (probably bot) moderator I received: “We removed one of your photos because it doesn’t follow the Facebook Community Standards.” The reason — ”for showing “Nudity”.

“We restrict the display of nudity. Some descriptions of sexual acts may also be removed. These restrictions on the display of both nudity and sexual activity also apply to digitally created content unless the content is posted for educational, humorous or satirical purposes.”

You blocked me without a reason!

The pic you removed:

1. is used with “humorous or satirical purpose” and

It is joke with minister of Tourism of Bulgaria, she wanted to ban using the tents on the seaside outside from the camping’s area.

The same image was published many times during the last year, by different people on their Facebook feed and nobody warns anybody that it is against Facebook standards!

This is quote of Facebook rules: “…These restrictions on the display of both nudity and sexual activity also apply to digitally created content unless the content is posted for educational, humorous or satirical purposes.

This penalty is absolutely ridiculous. The same pic I created in March, 2016 is still in my “Timeline Photos” album in my Facebook profile. The pic was shared hundred times by different people in Facebook and nobody was banned because of that.

There is NO “nudity” or “sexual activity” in the pic. The man erection (showed under the sheets) is more physiological than sexual act. Of course, you can find some sexual context in but it is obviously used for “humorous or satirical purposes.”

I feel really helpless. There is no mail, no phone, no chat or any other channel to contact with Facebook support. There is no any contact even to Facebook Legal Department to send appeal. Nothing! You just should stay and wait your ban to be lifted after 30 days, no matter it is groundless.

In the last 10 years of my professional work as digital marketer, I have contacted Customer support of many companies — Google, Amazon, LinkedIn, Tumblr, Pinterest, Prezi and many more. All they have options to connect by mail, by phone, by chat, some of them even to my native language. But Facebook — NOT! The biggest company in the Web have the worst customer service in the world! Facebook don’t follow their own Community Standards! They can do anything they want with your account and you have not any possibility to defend your rights or to received detailed explanation of their motives and activity on your case. This is NOT fair! Sad but true…

Of course, you could say — your case is not a “tragedy”, no need so big buzz. Yes, maybe you are right…But I just can’t stand to be treated like shit (excuse my language). After all I am not just Facebook user, I am Facebook customer as well. And I am sure I am not the only one who received such unfair, unprofessional and uncomplimentary treatment on the side of Facebook support…

So, my big request is:

Spread it to your friends who had the same problem…This is our only opportunity to be heard.

This time we should break through the Facebook wall of indifference!

This site uses Akismet to reduce spam. Learn how your comment data is processed.